The University of Lincoln has been named among the top 40 English universities in the first major student guide of this year.

The Complete University Guide 2016, published today (Monday 27th April 2015), placed Lincoln 40th out of 103 English universities listed and in 51st position overall out of 126 UK higher education institutions. This was a jump of four places from last year’s UK rankings and positions Lincoln firmly in the top half of the tables.

The University of Lincoln was named in the Top 5 Universities in the East Midlands, described as offering “a quality education with an inspiring atmosphere”.

The Complete University Guide 2016 is the first to use the latest national data on research quality. More than half of Lincoln’s research was judged to be internationally excellent or world-leading in the national Research Excellence Framework 2014.

What does this mean for landlords? In short it means there will be more money for expansion of the Lincoln Campus and thus more students each year, With a larger student population the demand for housing in the city will rise and so will prices!

The Complete University Guide 2016 can be found at: www.thecompleteuniversityguide.co.uk/

Article 4: How will it affect you? 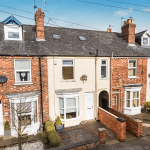